Champaign Police Department are investigating a shooting that happened Tuesday, March 22. Shots were fired, injuring one man, in the 2100 block of West White St.Tuesday around 10:30 p.m.While driving to the scene, officers received information that a gunshot victim had been found in the 200 bloc...

One dead, one injured in shooting that caused vehicle crash Monday

Police are investigating the death of an 18-year-old Champaign man who was shot late Monday afternoon in the 600 block of W. Beardsley Avenue in Champaign.Jeremy O’Neal was pronounced dead at 6:05 p.m. at Carle Foundation Hospital, according to the Champaign County Coroner’s Report. O’Neal was in... 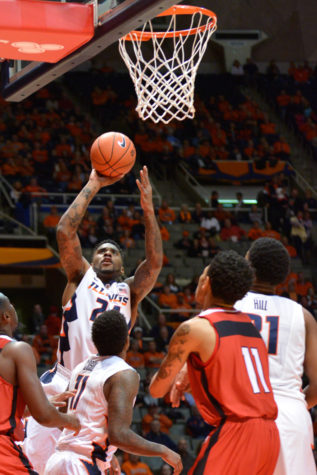 Illinois' offense has already been record breaking. The Illini have averaged 100.3 points per game through their first three contests, scoring more than 100 in their last two games — the first time Illinois has done so since 1993. “They really shot the ball well,” Austin Peay coach Dave Loos s...

TALLAHASSEE, Fla.— A gunman shattered the calm of a crowded Florida State University library early Thursday morning, wounding three people, one critically, before he was shot and killed by campus police, authorities said. The gunman, who has not been identified, walked inside the entrance to FSU's...

Two shot, one dead after early morning shootings in Champaign

One man died and another was injured in two separate incidents in Champaign Saturday morning. According to a press release from Champaign Police Department, the first shooting occurred at 2:15 a.m. in the 900 block of West Bradley Avenue. The victim, a 35-year-old male, was found unresponsive by police... 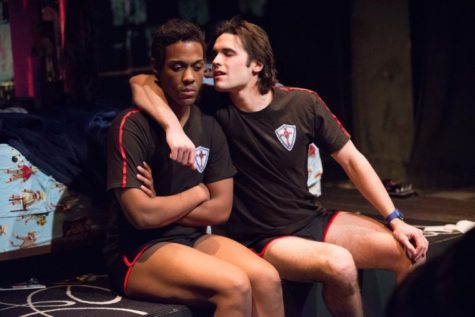 The Station Theatre in Urbana has a reputation for selecting performances that challenge the comfort and emotions of its actors and audience. “Good Boys and True,” an avant-garde, socially critical work by emerging playwright Roberto Aguirre-Sacasa, does just that. Premiering in 2008 at the Steppe...

One person was killed and another was in custody after a shooting at Purdue University on Tuesday, officials said. University police chief John Cox said the gunman walked into a room at the school's electrical engineering department "with the intention of harming someone," then walked out after the shoot...