Top five moments of the past year 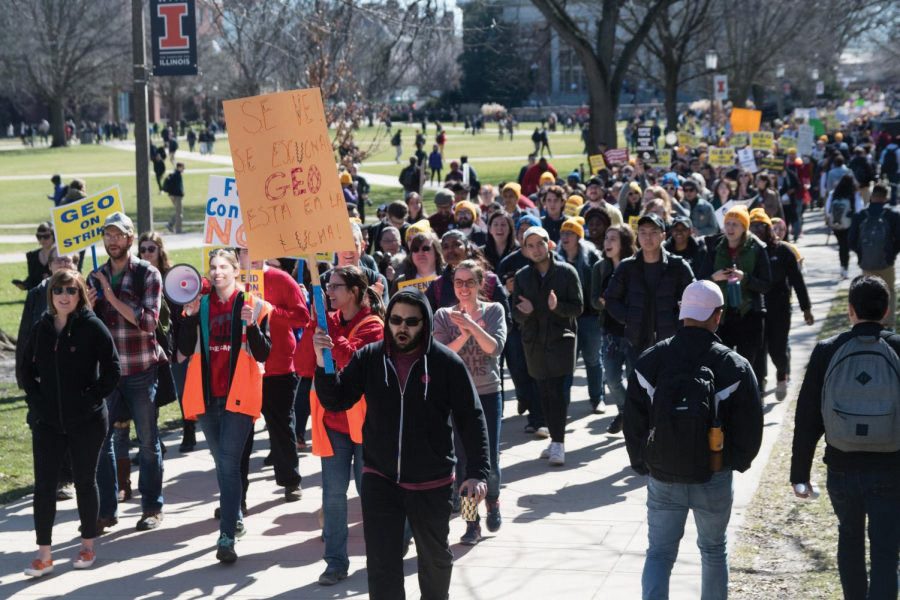 As the school year comes to an end, let’s take a look back on the biggest moments that happened over the year, in  no particular order.

After almost a year of bargaining over a new contract between the University administration and the Graduate Employees’ Organization, the GEO went on strike in late February over tuition waivers, health care premiums and wage increases, among other demands. The strike forced classes to be relocated or canceled while graduate employees withheld labor and picketed buildings around campus. The 12-day strike ended with a new contract, with a 98 percent approval rate from the GEO members.

Brendt Christensen, the accused kidnapper and murderer of visiting scholar Yingying Zhang, is set to stand trial on April 2, 2019. More than two weeks after Zhang’s disappearance in June, Christensen was arrested for her kidnapping and was indicted by a federal grand jury in July.

Though Zhang is presumed dead by the FBI, Christensen has pleaded not guilty to one count of kidnapping resulting in death and two counts of making false statements to the FBI.

Suburban Express sent an email to customers in December saying, “You won’t feel like you’re in China when you’re on our buses.” The email was condemned by the University and provoked widespread outrage from the Chinese community. The Illinois attorney general filed a lawsuit in April against the company for racially discriminatory behavior and harassment of customers.

The Homecoming Parade in October was blocked as protesters demonstrated against the Honor the Chief Society’s participation in the parade. The Chief portrayer who was in the parade left in a police car as the University of Illinois Police Department attempted to de-escalate the situation. The protests, organized by the Illinois Student Government, had originally planned to walk alongside the parade route, but as more registered student organizations joined in the effort, protesters decided to block the route instead.