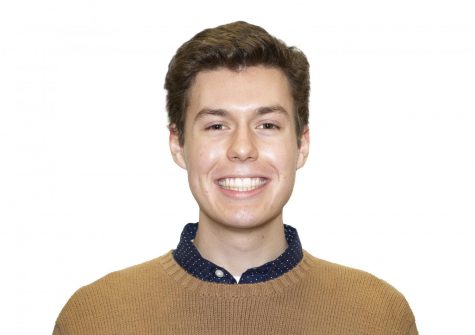 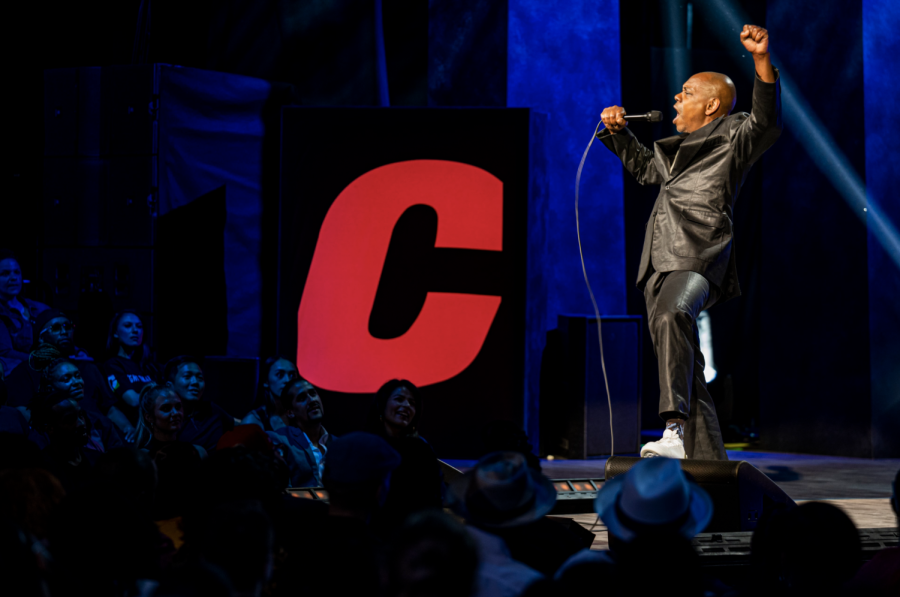 Dave Chappelle performs on stage during his Netflix comedy special “The Closer” that was released on Oct. 5. Columnist Nathaniel Langley argues that Chappelle shames the LGBTQ community as a cheap joke.

Sitting in Foellinger’s third-row recently for the yearly “Acatoberfest,” I witnessed countless marvelous performances of the electric art that is a cappella. In addition to the fantastic entertainment, however, lied one gripping, subtle gay jest which interrupted my enjoyment.

More than halfway through the show, one all-male group’s rendition of “Jessie’s Girl” featured several men laughably caressing each other in an overtly “gay” manner meant to deliver hearty pleasure to the crowd — because in 2021, nothing is funnier than people “acting gay,” right?

My brain put aside the moment as a peculiar, foolish event following my friend and I locking eyes and questioning what we witnessed.

However, this rather minuscule act is one of countless which harm and mock the LGBTQ community. Through degrading gayness into a “Look, two guys acting gay is funny!” bit, the group participated in the long, uninventive tradition of jeering those who have been taunted enough.

In his recent Netflix special, “The Closer,” comedian Dave Chappelle once again launched attacks against transgender people. Within his routine, Chappelle declared himself “team TERF — thereby aligning himself with trans-exclusionary radical feminists who argue that trans women aren’t women.”

In an additional remarkable move, Netflix co-CEO Ted Sarandos backed Chappelle stating, “We don’t allow titles on Netflix that are designed to incite hate or violence, and we don’t believe ‘The Closer’ crosses that line.” Afterward, Netflix momentarily suspended a trans employee who criticized the special for its hatred and dehumanization of trans people.

These acts and more contribute to LGTBQ being degraded and separated from society through ignorant punchlines. Whether performers act “flagrant” to suggest supposedly funny gay behavior or a standup comedian uses their platform to demean trans people, these jokes only deliver sleazy laughs.

Gay rights pioneer Harvey Milk once asserted, “How can people change their minds about us if they don’t know who we are?” In both aforementioned instances, there is no effort to know us, the LGBTQ, there is only a drive for comedy at the expense of our beings. As such, there is no possibility to “change their minds about us” when society’s entertainment consumption endorses LGBTQ mockery.

As New York Times columnist Kara Swisher contends in her piece on Dave Chappelle and Netflix’s fracas, “We saw a record number of violent deaths suffered by trans and gender-nonconforming people in 2020. And there is a spate of truly appalling bills in states across the country aimed at the trans community.”

Why would Netflix and Chappelle knowingly proceed with shaming the LGBTQ community at this moment? Chappelle and his corporate patron, Netflix, must be out of original material as they continually exploit those they certainly do not value nor know for lousy laughs.

The motivations behind these miserable actions are laughably oblivious. However, at the heart lies an erroneous belief for unconcerned performers that the LGBTQ are a reliable punchline: When all else comedically fails, mock these people, and you are back in the audience’s good graces.

Despite this reflecting an outdated mentality, this prolonged “LGBTQ punchline” has never been a joke nor has it been amusing.

If you are a performer that relies on exploiting someone’s existence, you are not a courageous “comedian,” you are a prick. Grow up and exit show business stage left.